The following is a video of the presentation of the Six Nations Cannabis Survey results made by Aaron Sault of Green Health for 6.

The initial results are now in for the Six Nations Medical Cannabis Survey. The survey was conducted between December 4th, 2017 and Dec 31st 2017.

A full written report concerning survey results will be made available at the January 28th Community Meeting at Yogi’s Barn from 1pm-4pm, hosted by Green Health for Six.

All graphs below were generated by Google Forms based on the data received from 731 respondents to the survey. Note that not all respondents answered all questions, and so the number of responses to each question varies. 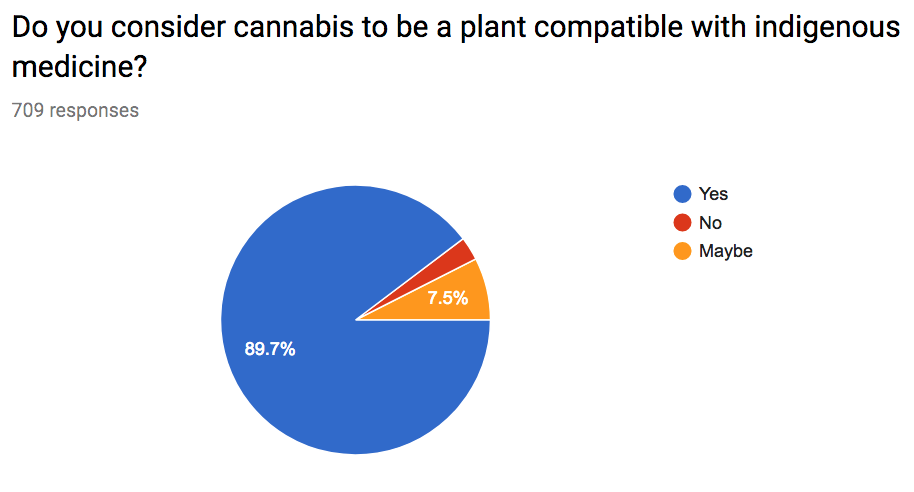 89.7% of the respondents said that cannabis is a plant compatible with indigenous medicine. 1.7% said it wasn’t compatible, and 7.5% said they weren’t sure.

A comparatively large number of people 21.8% weren’t sure how it should be regulated. Many respondents indicated on their surveys that they wanted a combination of medicine people and retailers to regulate the industry. 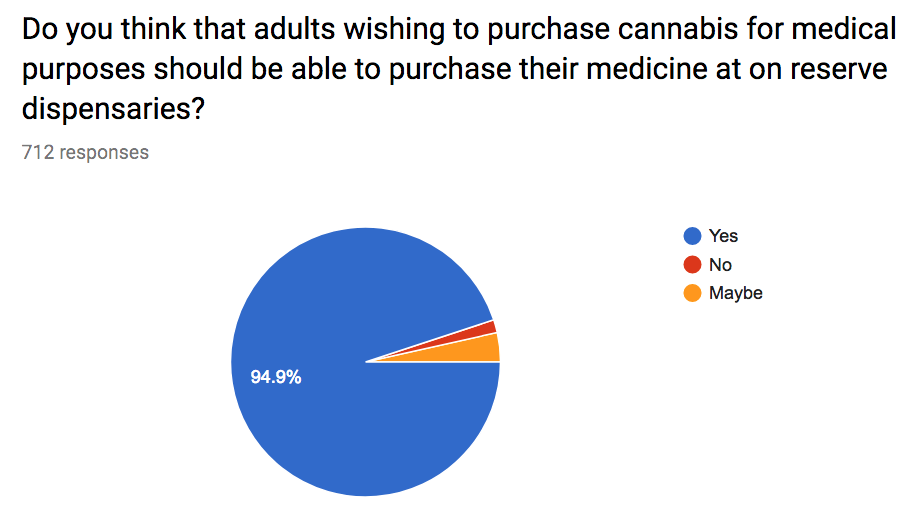 94.9% of respondents believe that adults wishing to purchase cannabis for medical purposes. 1.5% said it shouldn’t be made available, and 3.6% weren’t sure. 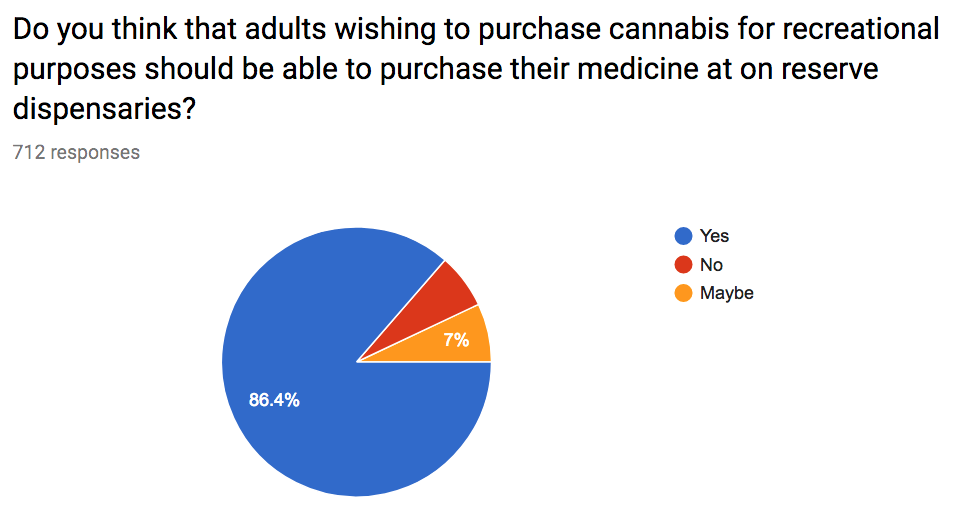 86.4% of respondents think that adults wishing to purchase cannabis for recreational purposes should be able to access it on reserve. 6.6% said it shouldn’t be made available, and 7% weren’t sure.

96.5% of respondents indicated that they believe that Six Nations people have the sovereign right determine their own path and choices regarding cannabis. 1.8% said Maybe, and 1.7% said no.